Survival Mode in Vegas for 72 hours 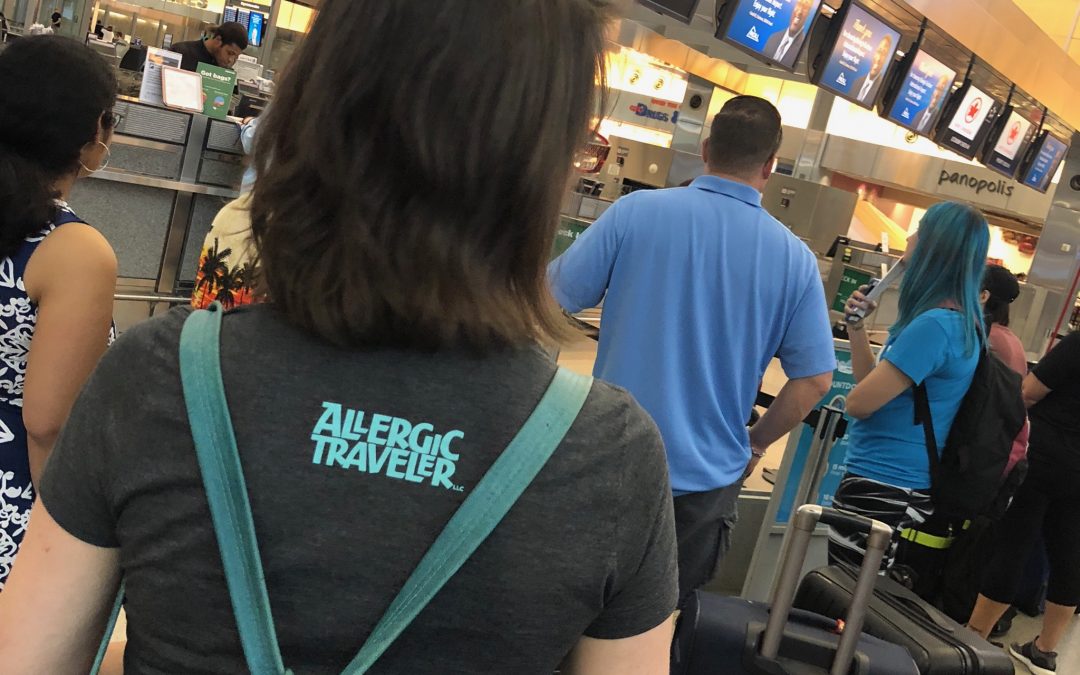 This is the tale of a friend of mine watching my back while in survival mode in Vegas for 72 hours.  Why am I calling this survival mode? Well to travel such a long distance in such a short time with food allergies, requires some planning in order to survive! 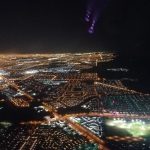 When a friend calls you up and asks you to go to Las Vegas for 72 hours, you naturally say yes, right? I did of course, but maybe I should have said “how about 96 hours instead?” Don’t get me wrong, this Allergic Traveler is very grateful for the opportunity. I am also thankful to have a friend who gets me. She knew I would not say no. But this was a little insane, even for me. Keep in mind that we were coming from the east coast.

Logistics of the trip 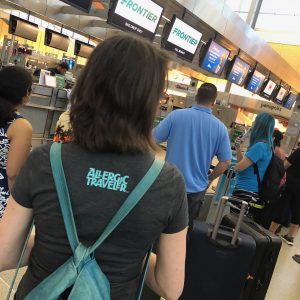 In line at the airport

We left on a Sunday night out of Raleigh and returned on the red eye on Wednesday. This meant I had three dinners, two breakfasts and two lunches to prepare for. Naturally there was no food on the plane, so this meant eating at the airport on the way out. We went to a restaurant called California Pizza Kitchen. They prepared a beautiful quinoa salad without the nuts for me.

While we were eating, my friend Ashley, asks me if I brought my Epi-pen. Naturally I said “Yes!” She then wanted to know where I kept it. Whenever someone does this, it always stops me dead in my tracks for two reasons (wrong choice of words, but you get the point!). The first reason being is that it reminds me that my life is in her hands. And the second reason is because she cares enough to ask. Ashley truly does have my back. Clearly, she is a keeper. If her questions did not stump me, then the next statement/action pretty much had me choking back tears.

Ashley said to me, that she watched a youtube video on how to administer an Epi-pen before going on this trip. I was touched and shocked by this! I have no idea if any of my other friends have ever done this, but I promise you If they have, they have never told me. Watching this type of video is not something that people do on a regular basis. It is kind of like taking a CPR class. Once you’ve done it, you think you’ve got it. However, a refresher CPR course could never hurt. Just as is the case with a how-to video on using an Epi-pen. Staying current is key! I applaud Ashley for her due diligence when traveling with me, but even more so, I thank her and love her for keeping me safe. The food allergy battle is something that needs support and a strong entourage from those within and outside the community. 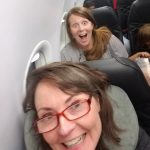 Ashley has my back!

Back to survival mode

Once we got through dinner at the airport, we boarded the plane. There was no food, so we just spent the flight talking. We should have slept! People often ask me how I fly with my long list of allergies? The answer is simple… I don’t touch anything! When you don’t eat on the plane, you have no reason to touch the tray table. The only thing I touch is when I must fasten and unfasten my seat belt. Granted it is not comfortable, but it is fine. It’s just a five-hour flight.

We arrived in Las Vegas around one in the morning our time. Ashley and I headed to the hotel and off to bed. The next morning, Ashley went to have breakfast in the lobby. I ate in the room. She returned with black coffee for me to help get me through the next few hours. We were attending a trade show. I knew from experience that I would not find any allergy friendly snacks along the way. By lunch time, I had a prepackaged salad with no dressing. When I got hungry during the day, I ate one of my many allergy friendly snacks. Did I mention I always pack safe food for me? 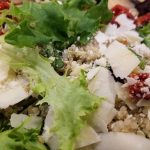 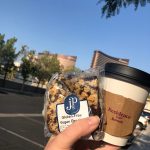 For dinner we went to India Palace. I love Indian cuisine. Even with my long list of food allergies (eggs, nuts, mushrooms, shellfish, chicken, pork, soy, sesame, etc.), I can usually find something safe to eat at these restaurants. The food was good, although it was a little spicy for my liking. I have a very sensitive palette when it comes to spicy food much to my husband’s dismay.

The next day, I repeated the same routine as day one, although instead of having Indian food for dinner, we headed back to the airport. Once at the airport, I had another prepackaged salad. We arrived back in Raleigh around five AM. Ashley and I went straight to Starbucks for some much-needed fuel. We then headed back to our respective homes. I spent the next 24 hours unpacking, resting, repacking and preparing my meals for my next upcoming trip which would be on that Friday to Richmond, VA.

I will share the tales of my trip to Richmond in my next blog post. Thanks for reading! So, am I insane? Would you have gone to Las Vegas in 72 hours?

Enjoyed the read? Leave a comment or check out some of our other blog posts here.